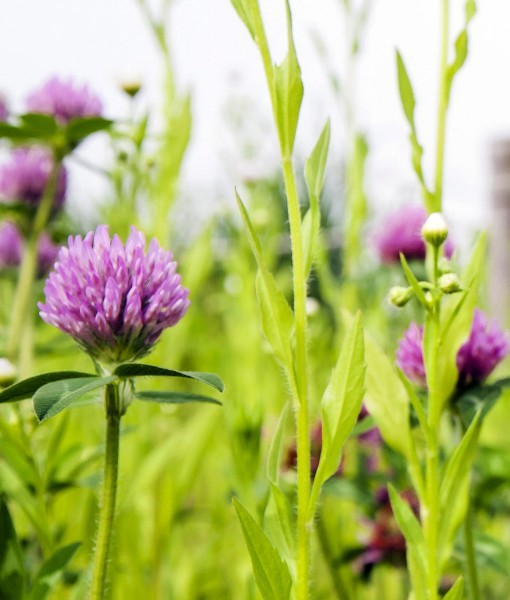 This common combination of Red Clover Italian Ryegrass can produce high yields of excellent quality forage with a significantly higher voluntary intake than that of perennial ryegrass alone. From trials we have seen red clover be far more upright and vigorous when sown with competitive companion grasses such as Italian ryegrass than as a single stand.
2- 3 cuts are possible in an average rainfall year though due to the red clovers deep tap root it remains a relatively good producer of forage, even in drier years.

It is important to avoid damage to the crown of the red clover plant during harvest and from grazing animals, therefore the aftermath of silage production should only be used for sheep grazing. Ideally the Red Clover Italian Ryegrass should not be left too tall going into the winter months.

As with all red clover leys, this product should be sown by mid September into a relatively warm soil