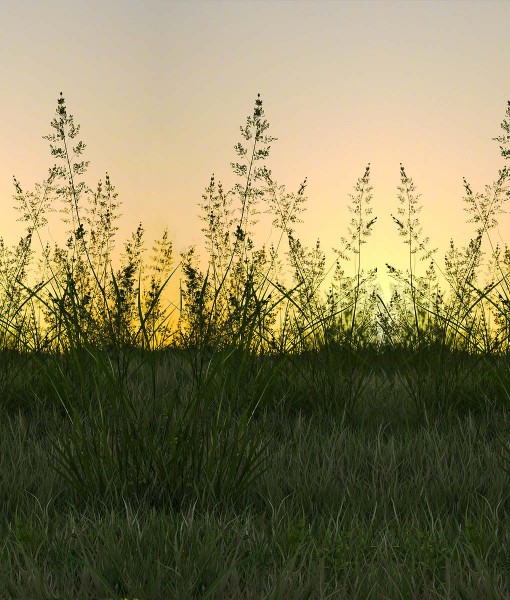 Our Diverse Meadowgrass Seeds mixture is based on traditional hay meadows which were essentially fields used occasionally for grazing but mainly for the production of soft hay (dry, mature grasses). The hay could then be stored as a valuable feed for farm animals being housed through the winter months when fresh grass was usually unavailable.
As stated, a hay meadow would sometimes be grazed in early spring, if the weather allowed, and again in mid to late autumn particularly if grass re-growth was strong following hay making and the ground conditions remained favourable.

Not only is a diverse hay meadow aesthetically pleasing, particularly when it produces a mass of pretty seed heads in early summer, but establishing even a relatively small area can provide excellent cover and habitat for insects and small invertebrates. The area in turn will, together with the seeds produced from the grasses, provide a valuable natural food source for many other wild animals and birds.

Sow Diverse Meadowgrass Seeds at the higher rate for small areas to produce a denser population of grass.
Sow at the med- low rate if using as non competitive companion grasses to any of our 100% Wild Flower Seed mixtures.

Cut or strim the area in late summer as a hay crop or occasionally graze/ mow to maintain a healthy sward.

This mixture requires up to 12 months to fully mature.