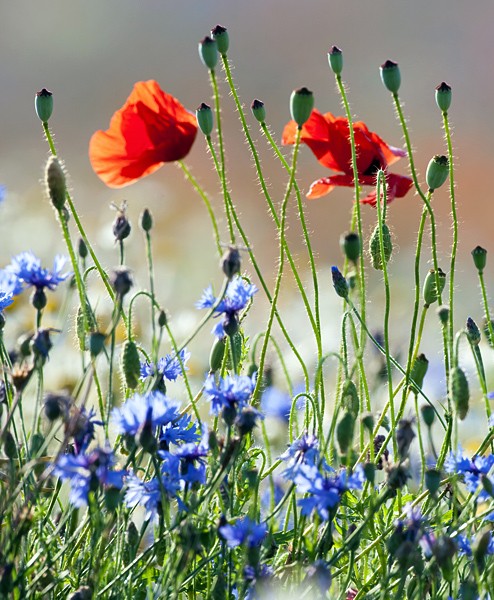 For a complete list of the Wildflower species in this 250g mixture, please open the MIX tab below.

Historically, native annual wildflower seeds established amongst spring sown cereals such as wheat, barley and oats until the introduction of modern intensive farming methods promoted 100% clean crops for maximum returns. The wildflower seeds would have been disturbed and brought to the soils surface during cultivations prior to spring wheat, oats or barley being sown. The robust cereal crop supported the more delicate wildflower plants which bloomed during the summer and set seed before the crop was harvested.

During harvest the wildflower seeds would drop to the ground which was then cultivated incorporating the next generation of seeds back into the topsoil where they remained dormant until once again disturbed by further cultivations.